Did you know that more than half of the world’s population uses two or more languages every day? An increasing number of people are learning new languages—and for good reason.

Being bilingual has many advantages from more job opportunities to higher salaries. What’s more, bilinguals tend to lead healthier lives and be more creative.

While there are a number of perks to being bilingual, there are also some frustrations that come along with it.

takelessons.com has asked a few language bloggers – including myself – to share their most hilarious frustrations in which every bilingual can relate.

What came up to my mind straight away after reading the question was that as soon as people know that you speak more than one language, they start asking you how to say words as you were a dictionary.

“When you meet someone who speaks the same languages and don’t know which one to speak to them in,” said Linas of ikindalikelanguages.

“Native speakers find it hard to guess where I’m from. I don’t have a perfect ‘native’ accent in any language nor do I have a discernible English-speaking one either,” said Conor Clyne of Language Tsar. “So in Italian, many Italians think I’m German, in Russian many think I’m French, in Romanian many native speakers think I’m Russian etc.  Being multilingual uniquely makes me mistaken for other nationalities depending on the language I’m speaking in.”

“A problem only bilingual people can understand in my opinion is when a word for something in one language seems to click more than the words for the same thing in other languages and you end up speaking this weird hybrid language!” said Lindsay Dow of Lindsay Does Languages.

“The weirdest thing that happens to me is forgetting the name of common things in my native language, but remembering in a foreign language. I remember once I wanted to say ‘hanger’ in Portuguese, but I couldn’t remember, but I knew in English; so I had to look in an online dictionary to remember a simple word in my own language,” said Nathalia of Polyglot Nerd.

“Remembering the word for something in three languages, but not in the one you are speaking just then,” said Rita Rosenback of Multilingual Parenting.

Being bilingual has it’s quirks, however, don’t let these common frustrations prevent you from learning a new language!

I would love for you to share your thoughts on this topic. What does being bilingual mean to you? Get creative in the comment section below!

This article originally appeared on takelessons.com and it is by Brooke Neuman, German and Italian editor at TakeLessons, an online marketplace that connects thousands of teachers and students for local and live online language lessons. With permission of the author, I edited and adapted the article for my blog. This post is not sponsored. 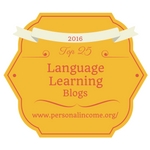 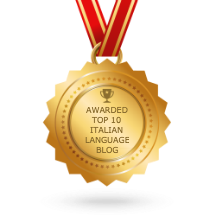